***The following is a piece written on training specifically within the Derby Coven.***

Training within the Derby Coven is based on the same principles and philosophies as that of the London Coven and the later Temple of the Mother in London, United Kingdom, which were headed by Alex and Maxine Sanders.

When a person requests initiation, they are required to meet with us in person. We will then request them to write us a letter of request for initiation, which must include why they wish to be initiated into the Craft, as well as what they want from the CRaft and what they believe they can contribute to the work.

Once the rite of the Permission of the Goddess is performed and she gives the decree, the person will then start sessions of preparation for initiation which will consist of some prescribed reading, as well as some basic exercises. When the time is right, the person will then be initiated into the circle of Witchcraft

After considerable experience and training in the magic of the circle, the Witch may then decide to embark on the preparation for the Higher Degrees and the subsequent inner workings and deeper knowledge and gnosis. Some prefer to remain within the first degree and this is completely acceptable.  Training within the First degree takes -usually a minimum of 2 years.

As a training coven, we meet weekly for training and working circles, as well as the eight Seasonal Sabbats, connecting us with the rhythm and forces of the cosmos, and the inner mystery aspects of the Craft of the Wise. We also focus on aspects of Hermetic pathworking, the Ceremonial Magical Arts, Qabalah and the Pauline Art of Angelic Magic.

The Alexandrian Tradition is composed of men and women who have dedicated their lives to the Priesthood and service of the Ancient Gods. Every coven is completely autonomous and there is no central authority within the tradition. The structure of the Priesthood of the Tradition is the same as that observed in the Gardnerian Tradition, being First, second and Third degree, but there are a couple of notable differences between practices, such as the 2nd and 3rd degree being given together.

The Witchcraft degrees indicate the spiritual progression and experience of the individual. Each degree contains its own mysteries to be experienced and the Mysteries are both revealed and discovered, as the Craft is a initiatory and experiential tradition. This implies that the mysteries will have to be experienced by the individual to be understood and internalized. The first degree is often spoken about as being the initiation into the mysteries, the second degree being the penetration of the mysteries and the third is a celebration and seal of the former.

One of the fundamental characteristics of the Priesthood is the fact that they should be aspiring to the quality of ‘beauty’. ‘Beauty’ here means ‘a greater appreciation and coveting of  beauty’ in everything; The way they speak, the way they compose themselves.

“Magic itself is simple and direct, it is the rituals that lead us to acts of magic that require years of student practice and discipline.” – Maxine Sanders 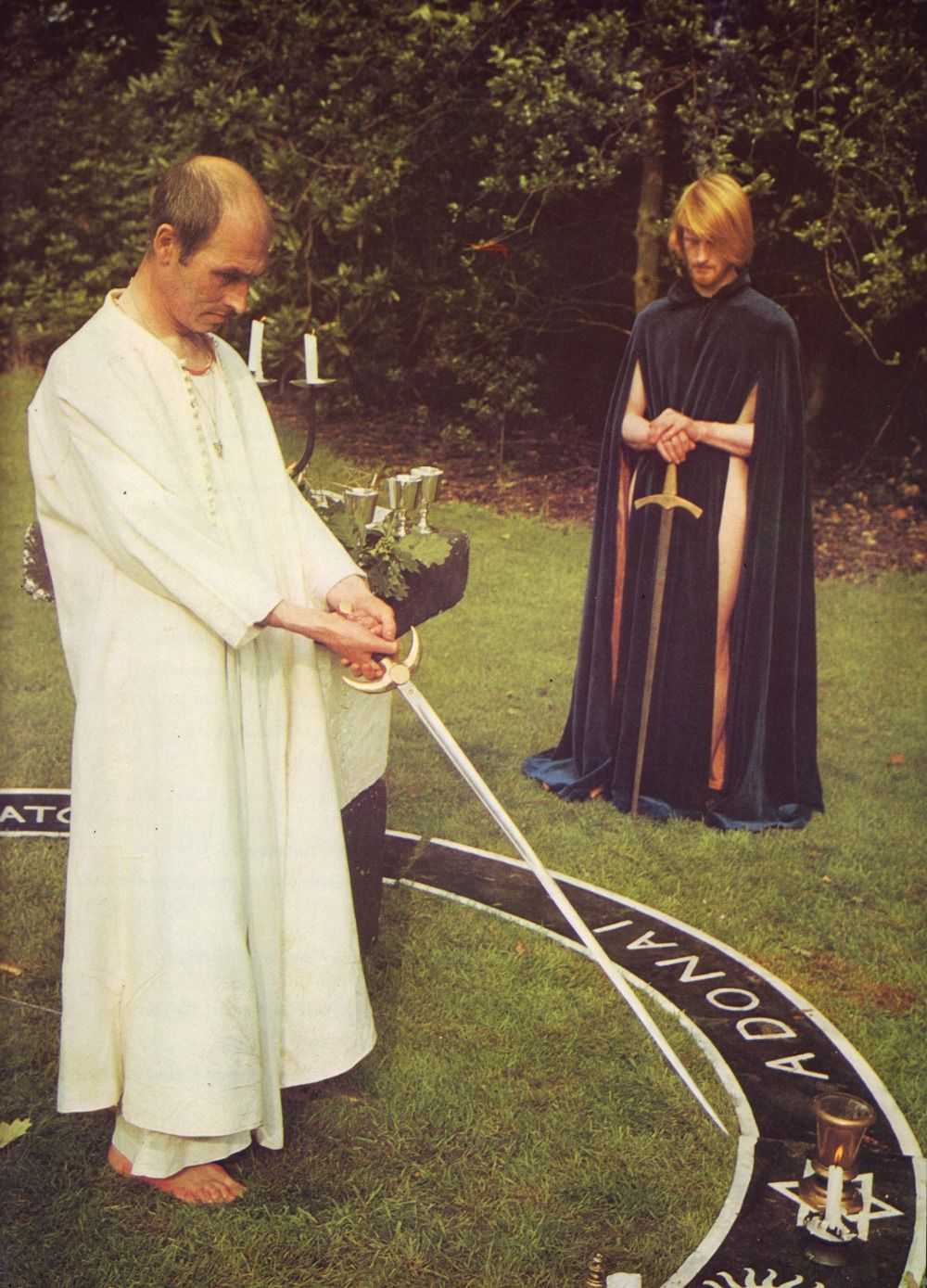 To work a Circle of power effectively takes years of practice and discipline. There are several components in the creation of a circle that have to be taken into account and each moment in this process has to be mastered in a concrete and efficient way. The Magic Circle is one of the most important components of a rite. Without the Circle, none of the work can be done and the Witch who has not been properly trained to do so, will fail. How to create and work an effective Circle of power and all that this entails, is the work of the first degree. To master this Circle, is the work of subsequent degrees.

Training in the Alexandrian Tradition of Witchcraft may take several years and depends on the dedication, vocation and consistency of the work of the Initiate. Alex Sanders writes in the book “The Alex Sanders Lectures” in Chapter IV titled “The First Degree of Initiation in Wicca”:

“Why does anyone want to be a witch? It is a question that most people ask. Do they seek sensation or home from home or do they really want  or spiritual progression? The answer is that people come for all these reasons. Neither does the reason matter, for one gets out of the Wicca as much as one puts into it. “- Alex Sanders

The High Priesthood should be like “strings on a harp, which produces a clear note, and when played together, sympathy shall form a beautiful symphony” (Alex Sanders, The Alex Sanders Lectures, 1970).